Pecus. Man and animal in antiquity 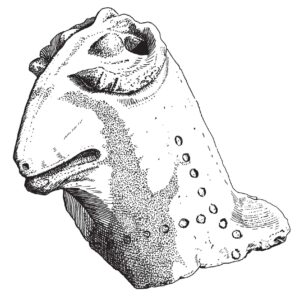 © The Swedish Institute in Rome and individual authors.
ISSN 1824-7725

From the very beginning of civilization domestic animals constituted an undividable part in the life of human beings. Since then people have lived with animals in their daily life, for work and production, for transport of goods and men in war and peace, for ceremonial processions, as pets and faithful companions, and as symbols and metaphors for ideological concepts. The aim of the PECUS-conference at the Swedish Institute in Rome, September 2002, was to investigate the relation between man and animal in antiquity, going beyond the purely utilitarian aspects. This volume presents the results of the meeting, which gathered scholars from all over the world including a choice of academic disciplines and scholarly traditions.

Alessandro Greco, The pastoral calendar and the importance of the growth rate of lambs in the management of breeding: the case of the Knossos archive

Hedvig Landenius Enegren, Animals and men at Knossos – the Linear B evidence

Jacopo De Grossi Mazzorin, Some considerations about the evolution of the animal exploitation in central Italy from the Bronze Age to the classical period

Barbro Santillo Frizell, Curing the flock. The use of healing waters in Roman pastoral economy (with an appendix by Kenneth F. Kitchell, Jr.)

Ingvild Sælid Gilhus, The animal sacrifice and its critics

Paola E. Raffetta, On the creation of domestic animals in Proto-Indo European mythology

Tova Forti, “Who teaches us more than the beasts of the earth, and makes us wiser than the birds of the heaven” (Job 35:11)

Phoebe Giannisi, The cows and the poet in ancient Greece

Anna Ivarsdotter, And the cattle follow her, for they know their voice… On communication between women and cattle in Scandinavian pastures

Kristina Berggren, When the rest of the world thought male ibex, why did the people of San Giovenale think female sheep?

Anne-Sofie Gräslund, Dogs in graves – a question of symbolism?

Cécile Michel, The perdum-mule, a mount for distinguished persons in Mesopotamia during the first half of the second millennium BC

Anneli Sundkvist, Herding horses: a model of prehistoric horsemanship in Scandinavia – and elsewhere?

Arja Karivieri , The pastoral landscape of Paliambela in Arethousa, northern Greece – from antiquity to modern times

Martin Söderlind, Man and animal in antiquity: votive figures in central Italy from the 4th to 1st centuries BC