A European network of traditional itineraries

The interaction between humans and domesticated animals started the process of civilization in the western world. Transhumance is a specialized form of animal husbandry that strives to optimize the economic yield of livestock, capturing natural resources by moving herds over distant geographical areas following a seasonally-based rhythm. Already in prehistory this system started to create networks of nodes, places and inter-regional spaces which crossed geographical and tribal boundaries. With its growing economic importance, related mainly to the manufacture and trade of wool, it also became instrumental in political decision-making. Transhumance has had an immense impact on the natural environment in the Mediterranean, leaving behind an open landscape in mountains and coastal areas.  Between these two extremes are roads, toll and service stations, sanctuaries, the elements of an organized environment in which the most visible features today are the trails, tracks and roads, a network formed over the millennia and often still in use.

September 2018 saw the foundation of the International Association of Transhumance Trails & Rural Roads at the University of La Laguna, Tenerife (ULL) in collaboration with the Swedish Institute in Rome and Ajtte, Fjäll- och Samemuseum, Jokkmokk. The board of directors is made up of Felipe Monzon and José Juan Cano Delgado, ULL, Tenerife; Barbro Santillo Frizell, Swedish Institute in Rome; Kjell-Åke Aronsson, Ajtte, Jokkmokk; Simona Messina, Parco Regionale Via Appia Antica, Rome; Carlo Valorani, Sapienza Università di Roma, Rome. The project aims to investigate transhumance in marginal areas of Europe through case studies from Mediterranean countries and the reindeer culture in Sapmi, Sweden.

Mediterranean mountain areas with nearby coastal land were particularly suitable for grazing animals such as sheep and goat, but also the larger cattle, mules and horses. To obtain optimal grazing all year round, the animals were kept in lower-lying coastal areas with a mild climate during the winter, usually from October to May, and led in spring to the mountain areas where they spent the summer and early autumn. In Italy, the Apennine mountain range, which runs like a backbone through the Italian peninsula, was an important natural resource for animal husbandry. These seasonal migrations occurred already during the Bronze Age. During the Roman period this form of pastoralism became an economic sector of great importance, regulated and monitored by the government from the late Republic onwards. After the collapse of the Roman empire, transhumance was abandoned or reduced in scale. Later, the former Roman trails became integrated into the medieval transhumance systems. In southern Italy, the Norman King Frederick II (1231), who ruled over Sicily and south Italy, founded La Regia Dogana della Mena delle Pecore di Puglia. The system was reorganized under the control of the Spanish crown of Naples which reigned over this part of Italy almost continually from the 15th century until the Unification of Italy. During the reign of Alfonso I of Aragon (1442-1458) the restructured system became a leading economic sector. It exploited a geographical territory corresponding to the modern regions of Abruzzo, Molise, Campania and Puglia, the same area that already had been organized and used by the Romans and Normans. Reintegration maps and documents are held at Archivio di Stato Foggia (Puglia) and Archivio di Stato di Napoli. 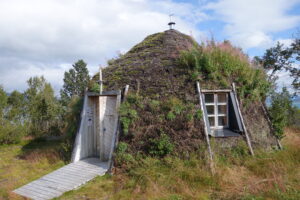 The documents regarding the organization of the transhumance economy by the Papal States, (Stato Pontificio), Dogana dei Pascoli del Patrimonio di S. Pietro in Tuscia (1289) are held in the Archivio di Stato di Roma. Like its equivalent in the south of Italy, it was established in the late medieval period and reorganized during the 15th century, almost contemporaneously with the Spanish enterprise. The toll systems functioned until the beginning of the 19th century. In 1806, during the short period of Napoleonic rule, the Spanish system in the southern part of Italy was abolished and in 1823 the Papal States followed suit. Transhumance did not end but underwent radical transformations and reorganizations, and wool from other continents, Australia and South America, started to compete on the European market. 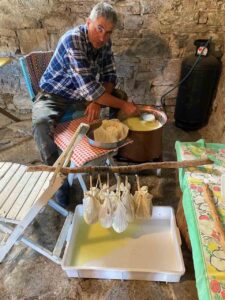 The pastoral lifestyle has created not only a unique physical landscape of pastures, meadows, fords, and tangible structures like roads, markets, weaving mills, sanctuaries and towns, a cultural heritage of great value. It has also shaped a mental landscape of stories, myths, ideologies and mentalities, an immaterial cultural heritage deeply rooted in our collective memory and performed in literature, music and art of great significance for the spiritual and intellectual development of the western world. This pastoral landscape in its broadest sense constitutes a shared European cultural heritage that unites the northern and southern countries from their earliest forms of civilized life.

Following the rapid urbanization after WWII, traditional transhumance was often replaced by stationary animal husbandry close to towns, leaving behind the mountains and the intermediate pastures, a situation which causes serious problems. Finding solutions for a sustainable management of this complex heritage is now becoming a matter of great interest in European heritage policy.